7 Natural Wonders Of The U.S.

As a vast country with diverse landscapes and varying climates, the United States touts an awe-inspiring collection of natural phenomena. From unique rock formations and towering waterfalls to mammoth hardwood trees and volcanoes, fascinating examples of Mother Nature’s creations can be found throughout the nation. We’ve compiled a list of the best natural wonders of the U.S. to satisfy your wanderlust for the great outdoors.

The highlight of Yosemite National Park attracts adrenaline-seeking rock climbers while also inspiring artists and photographers. Standing at an impressive 3,000 feet high, El Capitan is the largest granite monolith in the world. Surviving countless years of glacial movement and erosion, it’s a symbol of strength and endurance. Each year at the end of February, Horsetail Falls, on the eastern edge of El Capitan, displays its own natural wonder – The Firefall. As the sun sets behind the falls, a blazing orange glow illuminates the flowing water.

One of the country’s most iconic natural wonders, the Grand Canyon is a masterpiece of historical geology. Though not the largest ravine in the world, the Grand Canyon gained notoriety by boasting a colorful landscape and impressive size – over 1,900 square feet and a mile deep. Carved by the Colorado River over millions of years, this landmark is a top outdoor adventure destination. From hiking to white water rafting to riding a mule, there are plenty of exciting ways to experience the canyon.

Sculpted over millions of years by nature’s weathering forces, Delicate Arch is one of our nation’s most scenic treasures. This 60-foot-tall free-standing geological feature is the unofficial state symbol of Utah. Trek the 1.5-mile hike for Instagram-worthy views of this iconic sandstone arch.

Located within the Hawaii Volcanoes National Park, Mount Kilauea is the world’s most active volcano. Categorized as a shield volcano for its slow flow, Mount Kilauea has been steadily erupting for decades, with lava oozing slowly from the Earth’s surface. The result of its gradual eruption is a diverse landscape where hikers can trek through lush rainforest to its lava-layered crater.

Touted as the fastest running waterfall in the world, it’s no surprise Niagara Falls makes the list. The U.S. shares this iconic natural wonder with Canada. Enjoy the views from one of the trails or lookout points in Niagara Falls State Park, one of the top state parks in New York. But the best way to experience these mighty falls is aboard the Maid of the Mist – if you don’t mind getting drenched.

Known as the River of Grass, the Florida Everglades are a network of wetlands, rivers and forests. Recognized as the largest tropical wilderness in North America, the Everglades are home to various protected wildlife, including American crocodile, Florida panthers, and manatees. Take an airboat tour to glide along the river through reeds and tall grass to experience its unique ecosystem touted as the largest subtropical wetlands in North America.

Both Redwoods National and State Parks and Sequoia National Park are home to California’s iconic Redwoods. Growing up to 350-feet tall, the Redwoods hold the Guinness World Record as the largest trees (by volume) on Earth, and are upwards of 1,800 years old. Visitors can drive through tunnels created at their trunk. But the best way to experience their grandeur is by gazing up at the massive evergreens while standing at their root. 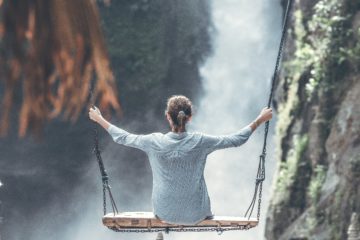 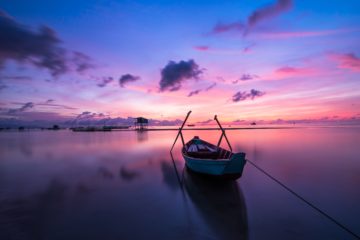 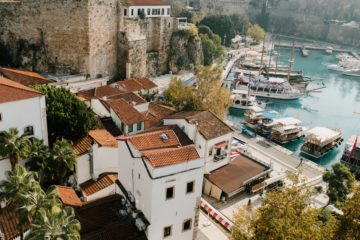