Los Angeles is one of the biggest and most exciting cities in the United States, making it a popular travel destination for people both within and outside of the country. But if you’ve never been to Los Angeles before, you may not know the best sights to see, the best places to stay, or even the best way to plan your trip.

First, you should know what to expect in terms of weather, so you can pack the right clothes and be prepared. For the most part, Los Angeles is sunny. You might experience occasional rainfall, or the stray morning fog, but the summers are usually free from precipitation, and most days are comfortably in the 70s all year round. Closer to the Valley, away from the oceans, temperatures fluctuate more heavily in the fall and winter, and at night, temperatures can drop to chilly levels. Accordingly, you’ll want to pack a sweatshirt in addition to your beach attire.

You might be interested in visiting Los Angeles for “the beach,” but you should understand that there are many separate beach areas to choose from. In fact, throughout Los Angeles County, there are more than 70 miles of coastline. The most popular areas tend to be Santa Monica Pier and the Venice Boardwalk. These are well-maintained, exciting attractions, but they also sometimes suffer from overcrowding, especially on nice summer days.

If you’re interested in something more off the beaten path, you could try visiting Point Dume State Beach, or El Matador State Beach. You could also venture further south to Manhattan Beach—another lesser-trafficked beach area.

Get to Know L.A. as Multiple Cities

While Los Angeles is technically one city, it’s best to think of it in a handful of main sections. There’s the Valley, which is the warm suburban area spread out in the North. There’s the Basin, which is a stretch of flat lands south of the Santa Monica Mountains by the ocean. There’s the Westside, where suburban homes and beachfront towns provide a ritzy appeal. And there’s the Eastside, where you’ll find a number of unique, personality-rich neighborhoods. On top of that, you’ll need to think about Beverly Hills and West Hollywood, both of which function as separate cities that exist within Los Angeles. Malibu and Pasadena are also often thought of as included in L.A.

Each of these areas has something unique to bring to the table, including different types of architecture, different demographics, different attractions, and a different atmosphere.

In many big cities throughout the United States, you’ll be able to rely on public transportation to get where you want to go. But in L.A., you’ll encounter a few problems. Most notably, the city is spread out, with a greater metropolitan area of 33,954 square miles, and a core area of 503 square miles. On top of that, some of the most common destinations for visitors, like Mulholland Drive, and the Pacific Coast Highway, are only accessible by car. You’ll be able to take advantage of public transportation options, including Metro lines and trains, for many destinations, but it’s also a good idea to have a car as an alternate mode of transportation. Just be aware that you’ll likely need to pay for parking no matter where you go.

L.A. is home to a number of museums, many of which are entirely free to visit. For example, you could check out the Annenberg Space for Photography if you’re a photography buff, the Broad (a museum for contemporary art), Getty Center (home to an extensive art collection), and the Hammer Museum (which specializes in highlighting local artists) all for free, at any time. You can also take advantage of special offers from other institutions to get in for free; for example, LACMA offers free admission on the second Tuesday of each month, and MOCA is free each Thursday after 5 pm.

Some of the best food L.A. has to offer can be found on the street, via food trucks. Check out the local concert venues and clubs late into the evening and experiment with some of the latest culinary creations to get popular among the locals.

Finally, for the best L.A. experience, get to know the people in the area. Go out of your way to meet some people local to L.A., and ask them for recommendations on bars, restaurants, and events; you’ll likely discover some hot tips that most tourists will never hear.

5 Amazing Things to Do in Nags Head, the Outer Banks

North Carolina’s Nags Head is a choice vacation destination for family vacations, and not surprising considering numerous attractions such as kid-friendly attractions, fresh seafood, as well as gorgeous beaches.  Nags Head is one of the Read more… 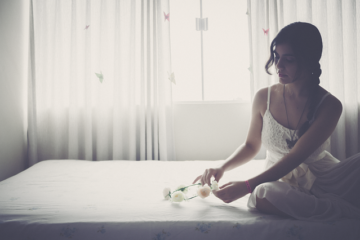 The coronavirus pandemic has done too much damage for the world to flip a switch and return to normal. When shelter-in-place orders finally lift, the hospitality industry will continue to face questions from hesitant travelers.  Read more… 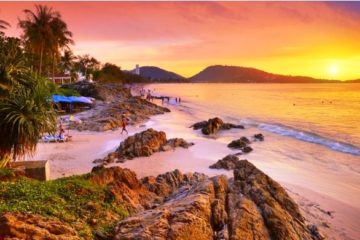 Book a Patong Beach Hostel to Enjoy the Best Nightlife on the Island For lovers of nightlife who have never before visited the island of Phuket, Booking a Patong Beach hostel for the length of Read more…